Helping others through son’s memory

By: Andrew Heiserman - Updated: 3 months ago

A family with ties to Rochelle has set up a memorial fund in its son’s name not only to remember him as a person, but help others suffering from a chronic illness afford to go to college.

When Dan Downey was 19 years old, he met his wife Kami, and when they were 25, they had their only child, Brendan. Growing up, Brendan was involved in many sports including football and wrestling, and his goal was to one day join the United States Air Force.

But when Brendan was 15 years old, he began suffering from seizures and was diagnosed with epilepsy. Following his diagnosis, Brendan was no longer able to participate in sports and would never be able to join the Air Force.

“After this happened, he was essentially left wondering what to do now,” Dan said. “That is when he decided he wanted to help other people and make them feel the way his neurologist made him feel. So, he decided to pursue becoming a doctor of physical therapy.”

During this time, when many of Brendan’s friends were taking drivers education and receiving their licenses, he was unable to do so due to his condition. Not having the freedom to go out on his own and drive always plagued Brendan. 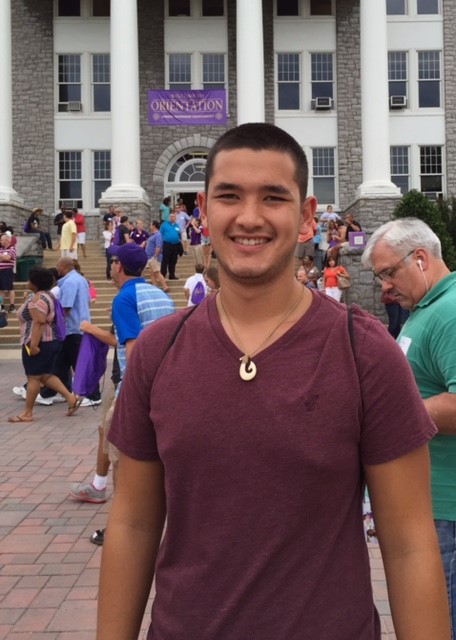 Over the next five years, Brendan took medication to control his seizures, graduated from Courtland High School and was even seizure-free for six months at a time and experienced the freedom of driving. When he was 19 years old, he went to James Madison University for his freshman year in college.

During his time at school, Brendan once again began experiencing seizures and more frequently than before. After his first year at JMU, Brendan returned home to attend a local community college. But, he did not expect such a high cost to get to and from school and his part-time job.

“At 19 years old, Brendan relied on us and Uber to get to and from school and his job,” Dan and Kami wrote on their son’s memorial fund webpage. “Brendan spent as much as $1,500-$2,000 on Uber fares attending just two semesters at a local college.”

The following year, when Brendan was 20 years old, he finally got his driver’s license back and within a week, he was involved in a fatal car crash. After his passing, his parents decided to start the Brendan D. Downey Memorial Fund to honor his giving spirit and kindness.

“Through this entire time, unbeknownst to my wife and I until after we lost him, friends, nieces and nephews came to us and told us about little things he did for people that we did not know about,” Dan said. “Things like paying for a lady’s groceries and other things of the sort. And this wasn’t just one or two people, it was a whole bunch of people who came forward.”

The memorial fund provides three $1,000 scholarships each year to graduating students who suffer from a chronic illness. Students apply for the scholarship and write an essay about themselves, their chronic illness and how it has affected their lives. Dan and Kami then read through the essays to choose the recipients.

The funds can be used for any type of further education, whether it be a two-year, four-year or vocational school. The Downeys provide a scholarship in three states each year including Illinois, Virginia and Texas.

“We do it here in Rochelle, in Virginia at the high school Brendan graduated from and Texas where my wife’s family is at,” Dan said. “Anywhere that Brendan has roots.”

When Dan and Kami started the memorial fund in 2018, their goal was to raise enough money to provide the scholarships for 10 years, which they expected would take around five years to raise. The Downeys said they have been blessed by the amount of support, raising their goal in just two years.

Due to the COVID-19 pandemic, the Downeys are unable to hold a fundraiser this year and are unsure they will have time to do so the following year due to family commitments. So, donations of any amount are greatly appreciated and can be done in two ways.

Anybody who would like to donate can do so on the website at https://www.brendanddowneymemorialfund.org/donate, but since it is through a third-party, that company receive a small portion of the funds. If people would like 100 percent of their donation to go to the memorial fund, they can contact Dan or Kami via email at [email protected] to acquire an address to mail a check.

Dan and Kami then send special thank you notes to everyone who donated to the fund. While this is a great way to honor their son and keep his memory alive, Dan and Kami would trade it all a thousand times over to have their son back. If there is one thing the Downey family would like to remind people, it is to do something nice for somebody else.

“Everybody has a very busy life going on right now, but everybody should take the time out to do something like this,” Dan said. “I think that helping other people helps us as humans. In the day we are living in now, it is a great time to help other people and I think we need a lot more of that in our society today.”

We see you are enjoying our articles!

If you wish view the full all article, watch this short video or subscribe now for full access.

Subscribe Watch Video No, thanks! I will stick to the free stuff
Login